‘The Prophesy of St. Francis’ and the ‘Franciscans of the Immaculate’

This is a prophesy of St. Francis of Assisi.  Notice it is sourced at the end:

“Act bravely, my brethren; take courage and trust in the Lord. The time is fast approaching in which there will be great trials and afflictions; perplexities and dissensions, both spiritual and temporal, will abound; the charity of many will grow cold, and the malice of the wicked will increase. The devils will have unusual power; the immaculate purity of our Order, and of others, will be so much obscured that there will be very few Christians who obey the true Supreme Pontiff and the Roman Church with loyal ears and perfect charity.

“At the time of this tribulation a man, not canonically elected, will be raised to the Pontificate, who, by his cunning, will endeavour to draw many into error and death. Then scandals will be multiplied, our Order will be divided, and many others will be entirely destroyed, because they will consent to error instead of opposing it.

“There will be such diversity of opinions and schisms among the people, the religious and the clergy, that, except those days were shortened, according to the words of the Gospel, even the elect would be led into error, were they not specially guided, amid such great confusion, by the immense mercy of God….

“Those who persevere in their fervor and adhere to virtue with love and zeal for the truth, will suffer injuries and persecutions as rebels and schismatics; for their persecutors, urged on by the evil spirits, will say they are rendering a great service to God by destroying such pestilent men from the face of the earth…

“Some preachers will keep silent about the truth, and others will trample it under foot and deny it. Sanctity of life will be held in derision even by those who outwardly profess it, for in those days Our Lord Jesus Christ will send them, not a true Pastor, but a destroyer.”

I want to focus on just one line in the above prophesy, despite the many obvious connections to the current Church crisis.  Although there are a dozen reasons that led to the reduction of the purity of the Franciscan order over the past one hundred years, I think this line may refer (in part) to the squashing of a specific Italian-based congregation, namely, the ‘Franciscans of the Immaculate’ (FI) in 2013: “The devils will have unusual power; the immaculate purity of our Order, and of others, will be so much obscured that there will be very few Christians who obey the true Supreme Pontiff and the Roman Church with loyal ears and perfect charity.” 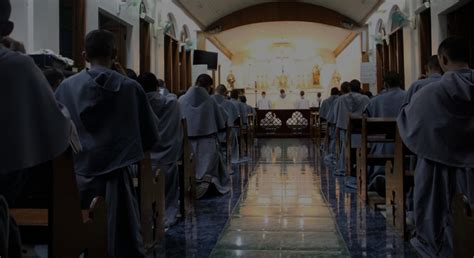 That “the immaculate purity of our Order” will become “so much obscured” obviously seems linguistically tied to the Franciscans of the Immaculate and “obscured” might refer to the near-squashing of their congregation since late 2013.  It is important to note that both the male and female FI congregations were just traditionally-leaning friars and nuns that adhered to both the old and new sacraments.  As if even this admixture of old and new were not modernist enough for their “visitators,” the FI had severe sanctions placed against their ordinations beginning in 2013 as covered by Rorate Caeli.   The FI was labeled as “crypto-Lefebvrist” to justify such harsh actions public against them.  The funny thing about this accusation, however, is that the FI (the fastest growing Franciscans in the world up to 2013) were not full-traditionalists but only semi-traditionalists, and yet still they got scattered to the wind.

So why were they “reformed” by modernist “visitators”?

Extreme measures were used against them (ostensibly) for simply using a little Latin in seminary, offering both the TLM and the Novus Ordo in their religious homes and also for taking an intense Marian vow, as explained in the Rorate Caeli link above.  One has to wonder:  Could their “visitators” hatred of these pure things of tradition be why St. Francis of Assisi referred to “our Order” as finally getting “obscured”?

Keep in mind that this also applies to 2021:  Although the above Rorate Caeli link takes you to a Marco Tosatti post first uploaded in December 2013, much of the vocabulary against the FI seems ominous for what could come down the pike against current Ecclesia Dei congregations.  Indeed, the latter are not just traditionalist-leaning (as were the FI) but use exclusively the old-rite sacraments.  Either way, it is so obvious that the enemy of human nature (as St. Ignatius calls him) hates religious life, but he especially hates those who live in religion according to rules and worship of the old-school saints since it is the school of Christ-crucified that always brings supernatural life to the world.