The French Revolution and the American-Catholic Today

I’m 98% sure my history text book in Catholic grade school portrayed the French Revolution as a good thing. We learned the aristocrats were against “fraternity, equality and liberty” and that is apparently all we needed to know as 7th graders in a Catholic grade school in Denver.  But the reality is that the French Revolution was a mass martyrdom of Catholics. Though done in the name of dis-empowering aristocrats (only 30 of the 1400 executed in the initial “Terror” in Paris were aristocrats) this bloody revolution was nothing short of a revolt against God and an overturning of all social order. There is a Catholic historian named Warren Carrol who founded Christendom College (not far from where I write this blog post) who wrote a book called The Guillotine and the Cross about the real story of the French Revolution.  It turns out that Marie-Antoinette never said “Let them eat cake.” It was her husband’s great-great-grandmother who said that.  In this book, he shows shows that the Revolution produced at least 40,000 Catholic martyrs.

The first day of the Revolution targeted the Swiss Guard in Paris who had wanted to guard the King (more than the King had wanted any help): “Then, disarmed and defenseless, [the Swiss Guard] were set upon [by revolutionaries.]  Wherever they went, wherever they fled, wherever they hid, they were seized, dragged out in triumph and slaughtered. Many of them were horribly mutilated. Before it was over, an observer said he did not believe there was a single street in Paris that had not seen at least one Swiss head on the end of a pike. At the end of the day, children were rolling some of the heads along the streets. Women like vultures were tearing strips of flesh off the naked corpses of the King’s defenders.”—The Guillotine and the Cross 19.

Later, a princess who was friend to Marie-Antoinette (Queen to King Louis XVI) was treated like this: “Brought into a corpse-filled room before Maillard, the Princess of Lamballe was ordered to swear hatred to the King and Queen. She refused, and was killed at once with swords and pikes, then decapitated. Then, as Stanley Loomis tells us, ‘her still beating heart was ripped from her body and devoured, her legs and arms were severed from her body and shot through cannon. The horrors that were then perpetrated on her disemboweled torso are indescribable; traditionally they have been cloaked in the obscurity of medical Latin.’”—The Guillotine and the Cross 43-44.

Of course, they killed the King, too.  Later, the French Revolution was a major inspiration for the Bolshevik Revolution.   A Parisian prosecutor who led thousands of law-abiding citizens to the guillotine in the French Revolution was named Fouqueir-Tinville. Lenin asked his cabinet in 1917, “Where are we going to find our Fouquier-Tinville”?  This is not just a funny fact of Western history.  Remember that communism in the 20th century has killed 100M people.  And they took their cue from the bad decisions of Catholics on politics 100 years prior.

Certain parts of the French Revolution that might sound familiar to an American in 2020: 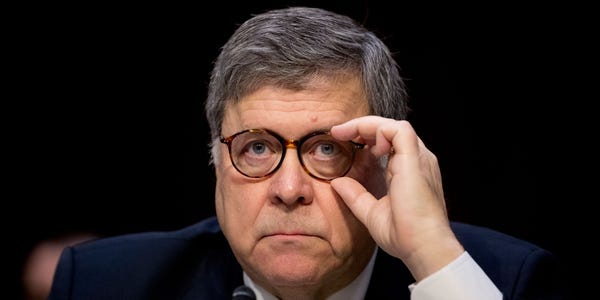 The fact that most American Catholic grade-school children are currently taught that the French Revolution simply brought “fraternity, liberty and equality” might explain why most Catholics today blindly believe there is “mostly peaceful protesting” in places like Portland or Chicago. Remember that the “Convention” of the French Revolution (in a Catholic country) also held that the royal family was to be “under the charge of the legislative body until tranquility is restored in Paris.” Then, they killed King Louis XVI and his wife. Most Catholics didn’t want it to happen, but they didn’t have the courage to do anything.  They were shamed, without any evidence, into accepting the fact he must be evil just because the revolutionaries said so.  And the cowardice of the right cost the lives of tens of thousands of Frenchmen on the right and on the left.  Order would not return to France for at least seven more years.

False accusations fuel all revolutions and overturn order. One leader of the French Revolution, Louis Antoine Saint-Just, coined the battle cry of the French Revolution against any monarchy: “One can not reign innocently!” (On ne peut pas régner innocemment!) In other words, the weak King Louis XVI was not a tyrant for anything specific he did.  In fact, King Louis XVI had “personally…done almost nothing to arouse [the French revolution and] could neither understand nor bring it under control,” as Carroll writes. Everybody knew he was a weak king. Everyone knew he was not a tyrant, but he had to go nonetheless. King Louis XVI had to be killed not because he stood for tyranny, but because he stood for order. Not fascism. Not tyranny. Just simple, basic law and order.

Similarly, we must take a step back and realize that the mainstream media’s hatred is not actually for Trump, but because he is the last world leader that stands for order. Not fascism. Not tyranny. Just simple, basic law and order.

I find it fascinating that the one thing that Tucker Carlson, Matt Walsh and Ben Shapiro are all unanimous on in their critique of Trump is this: Trump is not doing enough to stop mob violence in democrat-run cities. Perhaps they are correct.  Either way, this again reminds me of the words of Carroll on King Louis XVI: The King had “personally…done almost nothing to arouse [the French revolution and] could neither understand nor bring it under control.”  Similarly, Trump is not a fascist. Trump is simply the last linch-pin to be removed before ushering in a new world order of globalist totalitarianism under pretense of a virus or racism (or whatever the left soon throws at us and blames on the right.)

If you google  “Joe Biden, revolution”  you will see in your initial google hits that Biden once told Sanders that “Americans aren’t looking for a revolution.”  But I am convinced google scrubbed a deeper truth:  Catholic podcaster Michael Knowles has compiled several clips on his YouTube channel of Joe Biden calling for just that:  a revolution.    I didn’t have time to search and then link his videos from a month ago, but I definitely heard Joe Biden call for “a revolution” a few times.  Less difficult to prove on google is this: The Democratic party has remained very, very silent against the riotous violence plaguing blue cities.    In fact, certain people at the 2020 DNC admitted they want the full dissolution of the USA. And this is why a Catholic priest has every right to write about the 2020 election: Our current situation looks a lot like a new French Revolution.

As I said above, the Bolskevik Revolution was inspired by the French Revolution and then they killed millions of Orthodox Christians. And such revolutions kill priests first. Now, I personally pray every day for martyrdom, so the Biden/Harris ticket might be my pass to heaven. So, I’m not too worried if it’s my time to go. But I warn you: It’s going to be easier for this priest to take martyrdom than you families who read this.  A vote for Biden/Harris is a vote for the French Revolution.   I do not know if Trump will keep his promises on abortion, but I know that Kamala Harris will: She will continue the mass-killing of pre-born children as she assured in California.  She even illegally raided the home of pro-life sting operator David Daleiden. 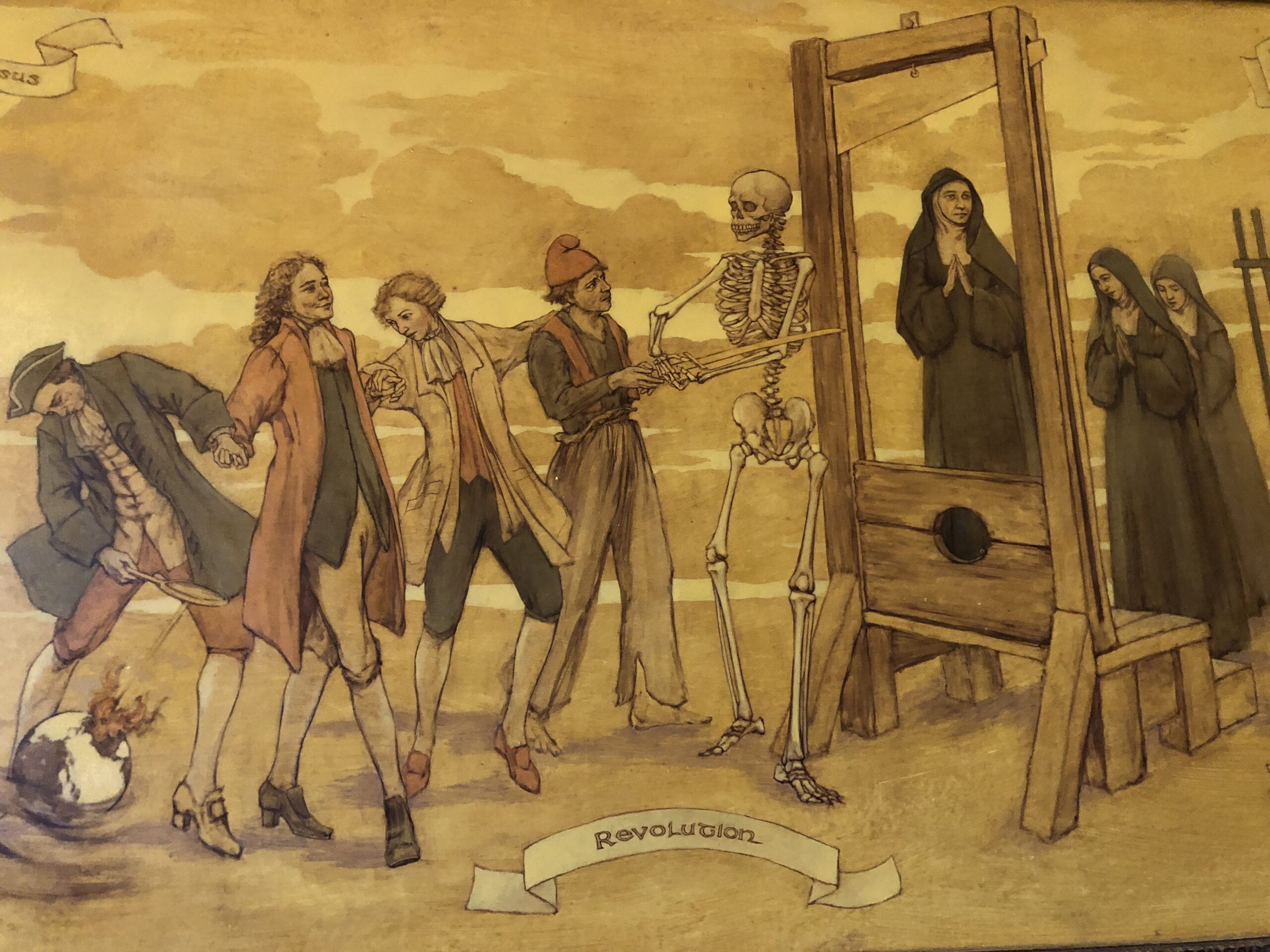 Carmelites who offered themselves to end the French Revolution…and did end it.

Ultimately, the only thing that stopped the French Revolution was the martyrdom of countless priests and nuns, including the Carmelites who offered themselves specifically for the end of the French Revolution.  Countless laymen also died in defense of the Church, royalty and clergy.  French filmmaker Daniel Rabourdin recently made a movie on the heroes of the France called Hidden Rebellion about the Vendée Catholics who stood against revolutionaries in their country.   He proposes that the number of Catholic martyrs at the hands of revolutionaries may be as high as 200,000.

But don’t be afraid.  In Warren Carroll’s book, one Catholic soldier who fought against the French Revolution went to Mass and then went off to battle. He left us this note in his personal journal: “[We Catholics] presented a strange sight; some were armed with guns, others with scythe blades, bayonets, sabers, cudgels and pitchforks…I held in my hand a pitchfork, whose shaft was at least six feet long. Just before the Ite Missa Est, I handed it to its owner, proclaiming in a loud voice: Tenez vrais défenseurs de la foi. Allez et poursuivez les démons jusqu’à l’enfer!’ [Keep yourselves true defenders of the Faith; go and chase the demons right back into hell!]”

Don’t forget to subscribe to my new teaching YT channel.