Mary and Pentecost part I 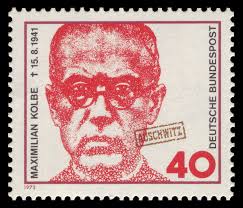 I suppose I wasn’t clear with my friends or family exactly what I’m doing in India this time either. The Missionaries of Charity at the Mother House in Kolkata wanted me to come back to do general confessions and deliverance prayers for two groups: 1) A youth group of Indian high school students run by four lay American missionaries. 2) University aged students of volunteers from around the world.

It sounds like a glorious work, but I only have the energy for two of these sessions a day. This depresses me when I think of how St. Francis Xavier, at the height of his ministry, was baptizing between 300 and 400 a day in this land.

So, I started thinking of an intercessor of some saint who lived in the world, but didn’t form or affect too many people outside of prayer. This is hard criteria since most prayer warriors were hermits, cloistered nuns and desert monks. On the other hand, the saints who lived in the world, like Bl. Pier Giogio Frassati, affected tremendous amounts of people one-on-one (as evidenced by the surprising hordes of homeless that showed up to his funeral in Turin.)  Of course, the latter group seemed to pray all night and use the day for the apostolate.

Then Mary came to mind. I started to wonder about who Mary really formed or affected while she was on earth. Of course, her prayers affected even the whole pagan world in the first century, but in the world around her, who did she form or affect?

Clearly, the longest period of life for her was at home with Jesus and St. Joseph. But, there are instances from the very beginning of her going “with haste” to help her cousin Elizabeth, or that she spurred her Son onto His first miracle because of her love of marriage and married couples (John 2.)

At the Resurrection, in St. John chapter 21, St. Peter can’t even say that he loves Jesus, as far as the Greek word agape is concerned. Peter can only admit that he likes Jesus (See the Greek word, philo.)
On the other hand, after Pentecost with Mary, Peter shows no fear.

It’s everything to do with Mary’s prayer, since she is the spouse of the Holy Spirit.  I’m not saying that Jesus leads to fear while Mary leads to courage. But Jesus did say to the Apostles before He was murdered : “It is to your advantage that I go away, for if I do not go away, the Helper will not come to you. But if I go, I will send Him to you.” (John 16:7) Of course, Jesus is speaking of the Holy Spirit, but the advantage He speaks of is that now Jesus Himself would be formed in each of them in unique ways.  Only by Pentecost would they fully be ready to share Christ’s suffering and glory in an eternal outpouring of love.

But back two sentences  is precisely the definition of the Trinity: an eternal outpouring of love. St. Augustine taught that the Father eternally engenders the Son while the Son eternally returns the perfect gift-of-self in a love that spirates between them—the Holy Spirit, the eternal third person of the Trinity who is Love itself. That is why the Holy Spirit is known by some as the eternal (or, in old English, uncreated) Immaculate Conception.

Not long before he was killed at Auschwitz, St. Maximilian Kolbe made the most astounding theological discovery of his life.  He remembered that at the apparition in Lourdes, France, Mary told St. Bernadette that she (Mary) was the “Immaculate Conception.”  Why didn’t she just say she was Immaculately conceived for that which happened in the womb of St. Anne?

The connection is this:  Mary is the spouse of the Holy Spirit to the point that they share the same name, just as spouses do. My friend Janet calls them: “Mr. and Mrs. Holy Spirit.”

Once, a student asked me how to tell how much she loved the Holy Spirit.  I was surprised at what came out of my mouth:  “The test is how much you love Mary.”

They are not the same person, but in the next post we’re going to see—via the Bible and Church Fathers—why he who is united to the Lord is one spirit with Him.