Above is The Denver Post‘s picture of Ms. Joyce Calvo-Chen

In December 2019, a young woman named Miss Alana Chen (see picture far below) was found dead at age 24 and Boulder County, Colorado ruled it a suicide. Her mother, Ms. Joyce Calvo-Chen (see featured image at top) immediately pinned it on the past counseling of two diocesan priests (including myself) and two religious sisters. This was despite the fact I had not seen Alana for a few years and despite the fact that the last time I was her parish-priest was 2011 (a full 8 years before her suicide.) At her death, I blogged about how Alana had in the past defended me against false-accusations here.

Immediately following Alana’s death, Ms. Joyce-Calvo Chen (her mother) told many secular media sources that her daughter Alana was “a lesbian” and that she had committed suicide based on past spiritual direction from the Catholic Church.  Again today in 2022, she wrote these lies against me at NCR.  But this new publication uncovers some significant self-contradictions in her narrative, and I am thankful she has exposed her own lies this time.

In the new article, Ms. Joyce Calvo-Chen writes of me:  “Nix told her not to tell anyone, especially her parents, who he believed would affirm her identity. Instead, he invited her to meet with him regularly.”  But immediately following Alana’s death back in 2019, she claimed the opposite to the Colorado Hometown Weekly in that she claimed that she “wouldn’t permit the one-on-one sessions, but would allow [Fr. Nix] to meet with her daughter if she was present.”

So which one is it? By Ms. Calvo-Chen’s new account in NCR, she now writes:  “Fr. David Nix, a controversial priest who, unbeknownst to me or her father, began to take an intense interest in our daughter.” But at her death she wrote that she “wouldn’t permit the one-on-one sessions, but would allow the priest to meet with her daughter if she was present.”  Ms. Calvo-Chen is obviously caught in her many lies by this point.  Under Ms. Joyce Calvo-Chen’s two false-narratives combined, she is now asserting that she herself drove her teenage daughter the entire 16 mile round-trip car-ride from Louisville to Boulder, CO “for the next eight years” as she just wrote in NCR.  How could I meet with someone “for the next eight years” if I was only stationed at their parish for a year?

There’s another major contradiction in her story that proves she is a liar and may even explain the cause of Alana’s suicide.  Ms. Joyce Calvo-Chen quickly claimed immediately following her daughter’s tragic suicide in 2019 that this was due to the Catholic Church’s bad advice in past years gone wrong. She wrote on Facebook only a few days after Alana’s death:

Notice above in red that she “reached out to all members of the Church to not contact Alana” before Alana’s death.  (This does not refer to me, as I had been gone from their parish for eight years by this point.)  However, Ms. Calvo-Chen then explained to Colorado Hometown Weekly just two weeks after her death: “She was tormented, this was even after a lot of therapy,” Calvo-Chen said. “(The church) abandoned her. The suicide stuff happened because she felt abandoned and tormented.” Put those two quotes together, and by her own words, the outcome becomes sadly very clear: Ms. Calvo-Chen told all members of the Catholic Church before Alana’s death “to not contact Alana,” which directly caused Alana to feel “abandoned” by the Catholic Church—the very feelings which Joyce publicly claims led to Alana’s “suicide.” Keep in mind that these are Joyce’s words, not mine.

What Joyce unintentionally makes clear herself in the above quotes is that Alana was never “abandoned” by her Catholic clergy and religious sisters, but rather she was abruptly cut off from the lifeline she chose for herself and loved—the Catholic Church—by the interventions of her own mother.

For once, a significant truth has finally come out in Ms. Joyce Calvo-Chen’s many, many lies. 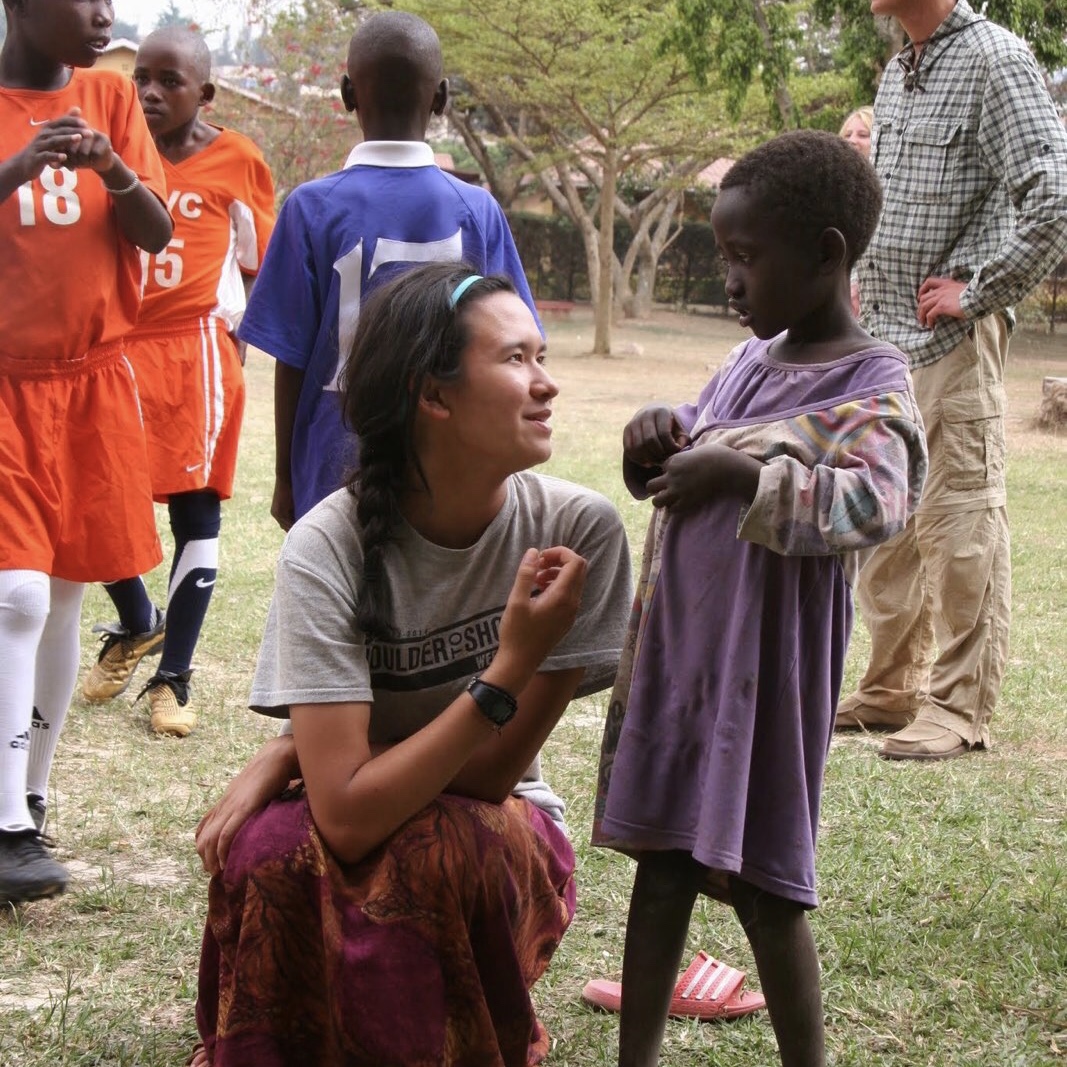 When I knew her, Miss Alana Chen was a very faithful Catholic who loved serving the poor with other faithful Catholics, here on mission in Africa with many other University students and myself in 2014.