We often hear the phrase “Truth is a person, not a concept.”  I do like this phrase because it is a reference to Jesus Christ.  Of course, it was Jesus who said I am the way, and the truth, and the life. No one comes to the Father except through me.—John 14:6.

But I fear that the phrase “Truth is a person, not a concept,” is now being commandeered to place emotions over doctrine.  I fear that some people who say that phrase  are moving towards a state of placing their own personal emotions towards Christ over Christ’s doctrine as established by the Catholic Church, especially as what is found in the Sacred Scriptures.  I fear that phrase could even be used to justify lying or heresy.  (It kind of goes like this:  “Since I have Jesus as the truth in my heart, what I speak on my lips does not matter too much.”)

The early Catholic Church did not see it that way.  She had a rehabilitation program for her would-be martyrs who cracked under pressure.  Sometimes this “pressure” was even before they faced torture and was just the pressure of thinking of what suffering awaited Christians.  Some of the weak early Christians threw some incense on an idol to avoid torture.  We all know that.  But more interesting to me is that a few other weak early Christians who happened to “know somebody who knows somebody” obtained a document saying they threw some incense on an idol…even though they really didn’t.

Did they save their conscience in this?

No, ruled the Church.  New Advent explains what happened to Catholics in Carthage:

The edict of Decius (Dec., 249, or Jan., 250), coming as it did after a comparatively long period of peace, frightened many Christians into submission. But the methods and extent of submission were of several kinds: the lapsi [lapsed Christians] might be:

These three groups of people who denied Christ for the sake of ease in Carthage (modern day Tunisia in Africa, as seen in ruins in picture above) seem to have been fully excommunicated for either denying Christ with incense to a demon (thurificati) or even getting the paperwork to fake it (libellatici.)   Confession and penance was not enough to rehabilitate.  In Carthage, the bishops in the 3rd century declared that the lasped (lapsi) had to confess and do penance and then, as we read in New Advent: The libelli were, however, more than mere recommendations to mercy; the confessors were understood to be petitioning that their own merits should be applied to the excommunicated, and procure them a remission of the temporal punishment due to their defection.

Notice that a confessor in the above paragraph is someone who had already suffered for the faith, presumably in Carthage.  That means a Christian who cracked under torture (or just got his fake papers from the pagans) needed Christian sponsor (presumably one who had already suffered for the Gospel) to apply his own merits for his friend’s defection! 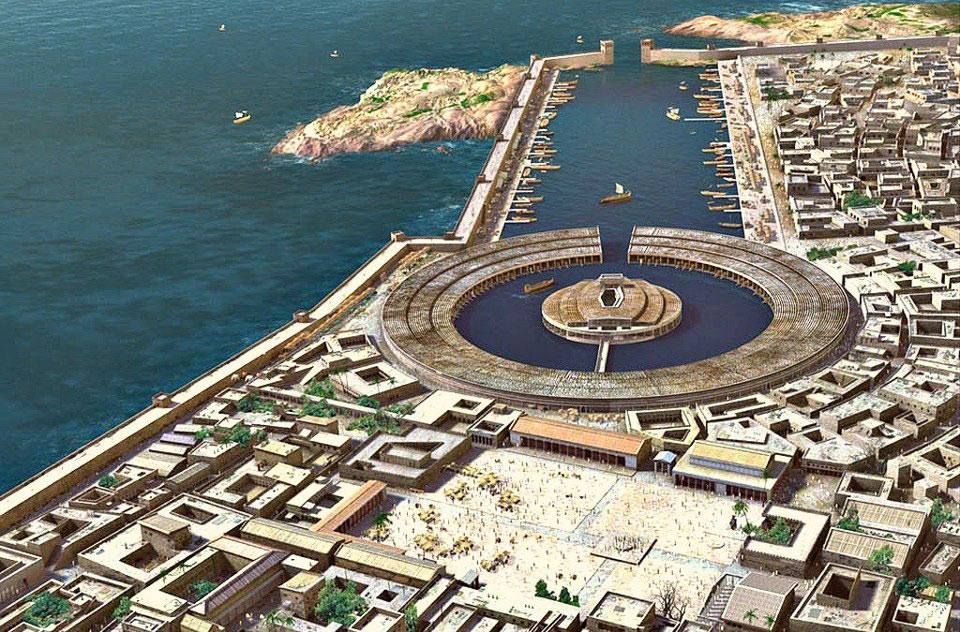 Fast forward to today.  All of this shows that mental reservation or the silly idea of “having the truth in my heart but not on my lips” rendered you an excommunicated apostate in the early Church.  (As I always say, the early Church was more rigorous than the Medieval Church, so people need to stop pretending it was this magical happy land of NT  Wright.)  We should realize that playing legalistic games with Muslim or secularistic approval today, all the while denying Christ, would have got you booted from the Church in the early days.

Connected to this topic of truth-telling and lying, we should also remember that the Holy Spirit tells us directly in Scripture that liars and cowards end up in the same place as the more exotic sinners as, say, sorcerers and murderers.  St. John wrote under direct inspiration by the Holy Spirit:  But as for the cowardly, the faithless, the detestable, as for murderers, the sexually immoral, sorcerers, idolaters, and all liars, their portion will be in the lake that burns with fire and sulfur, which is the second death.—Apocalypse 21:8

Every Christian should pause here and let it sink in that liars and cowards (not just sorcerers and murderers) will all land in the same hellish lake burning with fire and sulphur forever.  There is no end to that suffering for the liars and cowards as well as the sorcerers and murderers.  All go to the same place. The fact is that it is precisely because Christ is the Truth that every lie is a direct deed against Him.