Rule for Thinking With the Church #13

If we wish to proceed securely in all things, we must hold fast to the following principle: What seems to me white, I will believe black if the hierarchical Church so defines. For I must be convinced that in Christ Our Lord, the bridegroom, and in His spouse the Church, only one Spirit holds sway, which governs and rules for the salvation of souls. For it is by the same Spirit and Lord who gave the Ten Commandments that our holy Mother Church is ruled and governed.—St. Ignatius of Loyola, Spiritual Exercises, Rules for Thinking with the Church #13

St. Ignatius of Loyola is one of my favorite saints.  In fact, the historical Jesuits are possibly my favorite religious order.  However, modern Jesuits twist the above quote from their founder to justify a capricious obedience to the hierarchy in a way that St. Ignatius of Loyola never intended for any of his priests.  Of course, modern flamboyant Jesuits (who were never obsessed with blind obedience under Pope Benedict XVI) now love the above line as a justification from a saint to the heresy of modernism.  Clearly, this heresy has fully infected the brains of all of their superiors.   So, we Apostolic Catholics must learn how to interpret and explain that controversial line from the above paragraph, especially the confusing line, What seems to me white, I will believe black if the hierarchical Church so defines.

A traditional Catholic friend of mine recently criticized the above line from St. Ignatius saying it sounded like “Islam.”  In other words, he was pointing out that Muslims follow an arbitrary system of obedience.  For example, if “Allah” tells you to fly two airplanes into the World Trade Center, then you do it.  My traditional Catholic friend knows that modern liberal Jesuits would never do that, but he fears that a willy-nilly obedience to the hierarchy is tantamount to Islam insofar as the above line seems to say that common-sense must turned-off in blind-obedience.  Of course, this type of capricious obedience produces a horrendous moral order in both Islam and liberal Catholicism.

In that controversial line What seems to me white, I will believe black if the hierarchical Church so defines we must consider what St. Ignatius of Loyola really meant in the 16th century: 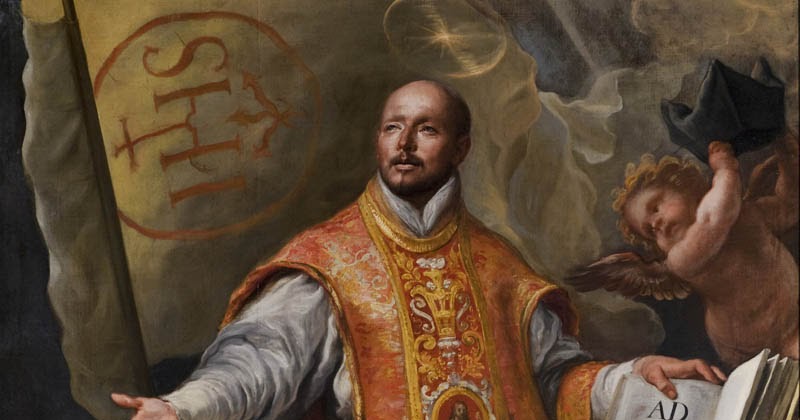