Totalitarianism Must Be Total

The above picture I snapped while traveling in New Orleans.  I’m not sure why it was necessary to put that up since nearly no one in New Orleans dares to go into a restaurant without a mask.  It’s not like the above picture is actually stopping this imaginary 50% of the population of “right-wing science-deniers” who would “endanger the average population” in the overwhelming fear still set in motion on this coronavirus “pandemic” that has allegedly “overwhelmed the hospitals.”  Rather, the above sign of No Mask, No Service is simply a reminder that the shop-owners are in cahoots with the brainwashing team. 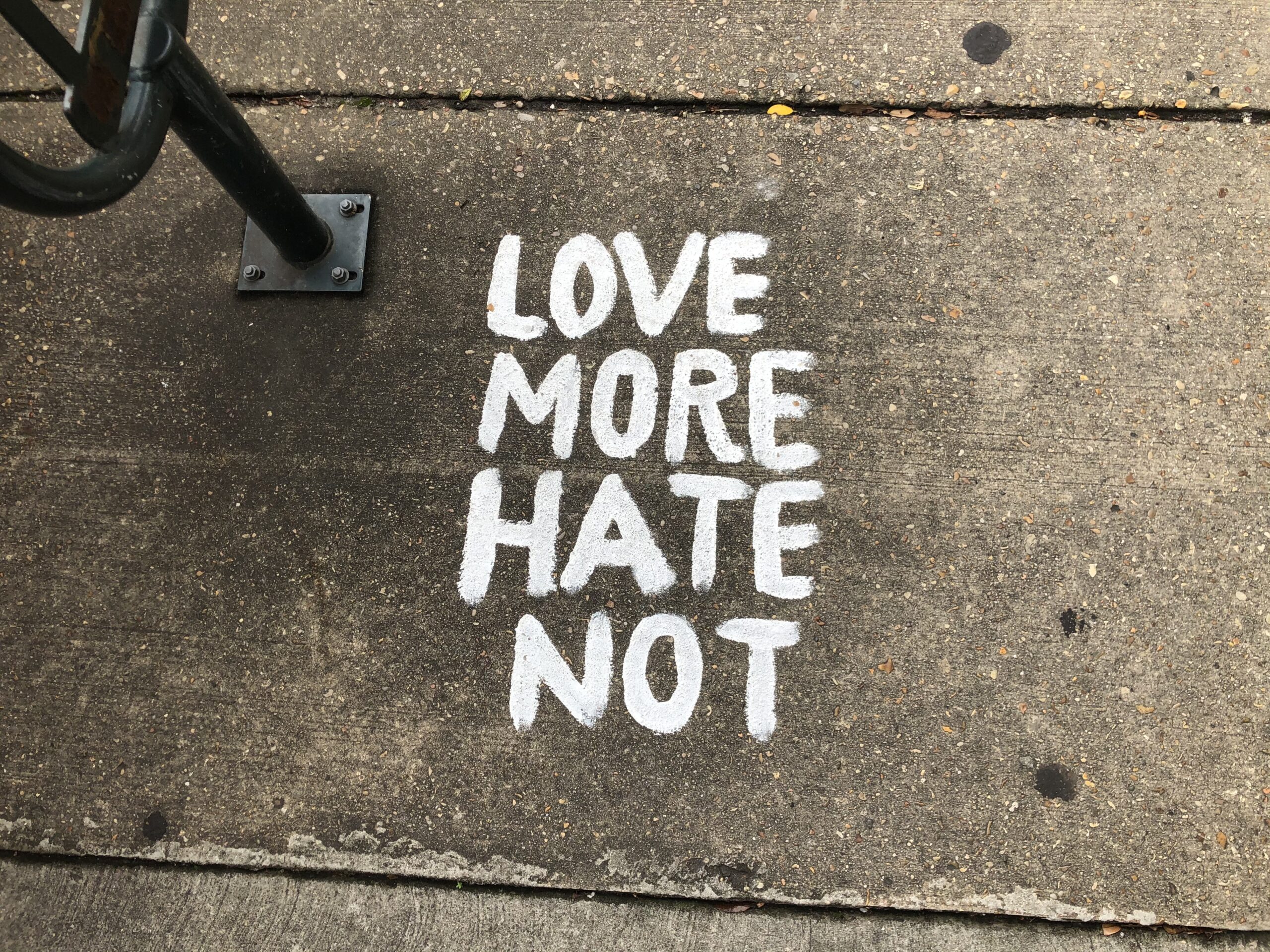 The above picture I also took in New Orleans but it’s obviously from a sidewalk.  Is this to stop all the KKK still running around Louisiana?  No, David Duke has not been in office in Louisiana since 1992.  This sign reading LOVE MORE HATE NOT is not so much of a reminder to avoid racism as it is a reminder to get on board with liberal moral theology.  The connotation of this sign should be obvious:  “It is hateful for you to not accept any aberrancy of the 6th commandment that I choose to act out.” (Remember that Marx’s own rule book says that the moral fabric of a society must be ripped apart by broken sexual morals before communism will actually work.)

But let’s say the heretics of the Catholic Church were correct, that it were actually “love” to accept an aberrancy of the 6th commandment (in contradiction to the Bible and all the missionaries of the Catholic Church that loved people into purity and freedom in Christ.) For the sake of argument, let’s assume there were a bunch of “hateful” people preaching against children’s torturous transgender surgeries on the streets of New Orleans and those same “hateful” people on the right were endangering their neighbor by not wearing a mask in the midst of a major pandemic that filled the streets of New Orleans with bodies on a daily basis.

So why the need of such signs reminding an already-compliant population of mask-wearing compliant lemmings?  Why such authoritarian signs if no “right-wing resisters” remain in a city as progressive as New Orleans?  Because the above two signs are a reminder that the shop-owner and the sidewalk-painter are “on the team” of the absolute totalitarianism in a social coup of morals paving the way for health communism.  The above two signs are simply a reminder that the 1% of free-thinkers will be stamped out.  Yes, totalitarianism must be total.