As a middle-of-the-road conservative in seminary, I would frequently say things like, “Vatican II did not change Catholic doctrine, but it did change how we package it for the post-modern mind.”  Or, perhaps I would say, “Dogma can’t change but how we explain it can change.”  Phrases like this demonstrate the hermeneutic of continuity we clung to.  We believed the Catholic Church before 1963 was the same as the Church after 1963.  We just had to return to “the early Church” in order to “get back to the sources” if we wanted to square the circle, if we just lined up the stars correctly between the teachings of Pope St. Pius X and Pope Paul VI.

But the more I read the Church Fathers, the more I saw nothing of modernist ideas like religious indifferentism (sometimes called “ecumenism”) and other heresies.   The left now agrees with the right that a new religion began in the 1960s.  This is called the hermeneutic of rupture.  Recently, the left now admits not only a hermeneutic of rupture between old and new, but that the old must be destroyed:

“It is time to return to bishops the authority over the Tridentine liturgy in their dioceses. The church needs to be clear that it wants the unreformed liturgy to disappear and will only allow it out of pastoral kindness to older people who do not understand the need for change. Children and young people should not be allowed to attend such Masses.”—Fr. Thomas Reese SJ.  (Fr. Reese SJ works at Religion News Service and used to work at National Catholic Reporter and America Magazine.)

“You can have that Latin Mass, ok.  You cannot have the theology of the 16th century that was at the basis of Latin Mass.”—Massimo Faggioli in an American Magazine interview also found in part on Dr. Taylor Marshall YT channel.   (Massimo Faggioli authored Joe Biden and Catholicism in the United States and [PF:] Tradition in Transition.)

From the names of the two books written by Massimo Faggioli, you can see that the goal of destroying the ancient Catholic Faith and destroying the ancient Catholic liturgy is not an offensive idea to those with power (even if gained in an illegal election process.)  In other words, these are not fringe ideas.  Or, if they are fringe authors, they are speaking what many in the middle of the theological road believe but are probably afraid to say, namely, things like, “Children and young people should not be allowed to attend such Masses” or “You cannot have the theology of the 16th century that was at the basis of Latin Mass.”

Such phrases admit the extent of their arrogance, much like the final “Code Red” court scene with Jack Nicklaus in A Few Good Men where he convicts himself of his own crime out of anger at his opposition.

Perhaps 1970s regressive Jesuits are terrified at what is happening in the average American diocese during this Scamdemic:   Latin Masses are overflowing under these draconian lockdowns and evangelical Protestants are returning to discover the Catholic Church’s 16th century theology (the Church’s own theology that Faggioli would like to somehow ban.)

Authoritarians always want to shame and overpower that which they cannot control by psyops.  But these totalitarians who mock real Catholics have forgotten that the ancient Catholic Faith is like a flower where the more they try to crush it, the more the fragrance of Christ will be found in it. 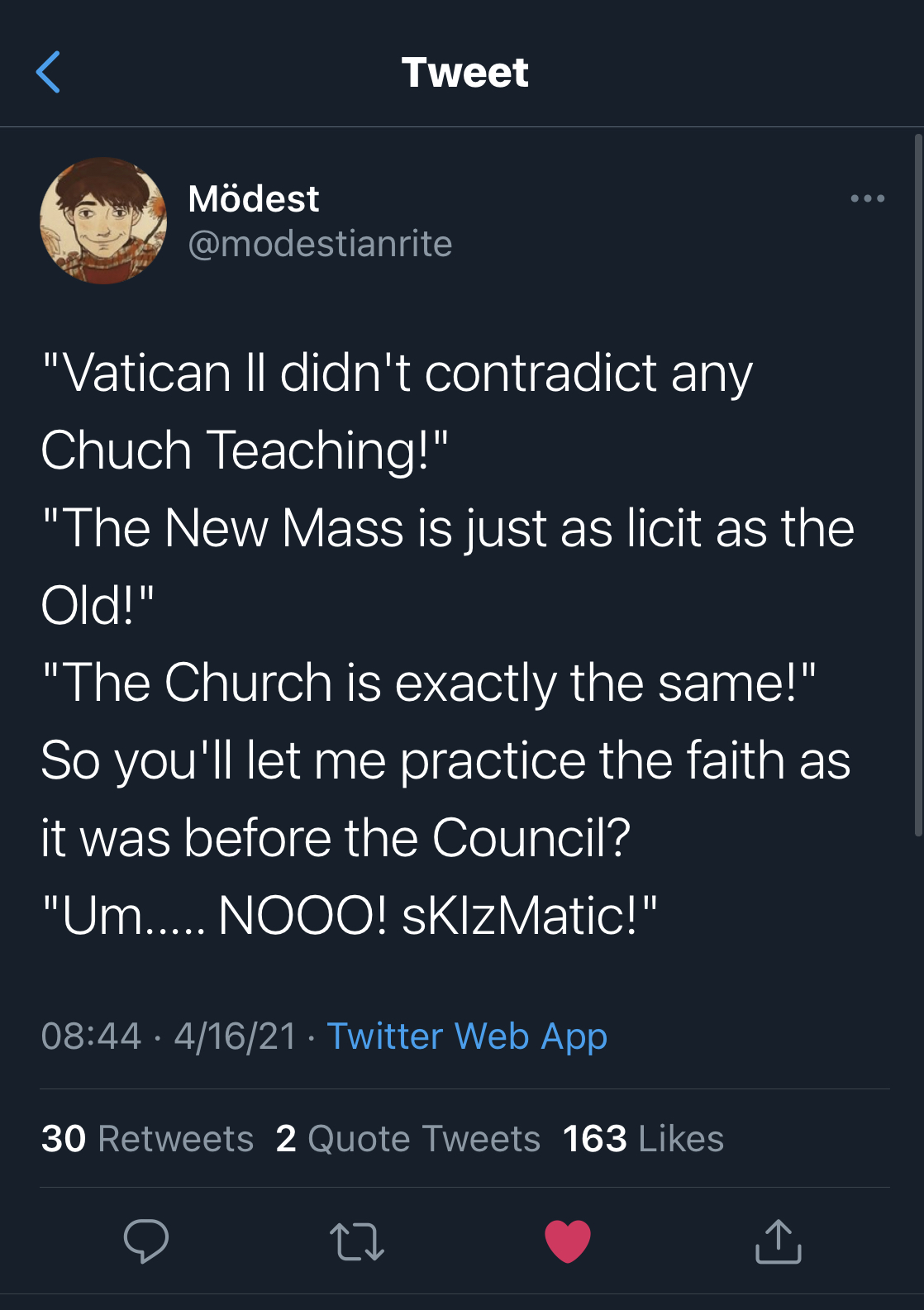