Resisting the Spiritual Arm of the New World Order

“In recent days it has been reported in the news that the Jesuits in America have received grants of nearly two million dollars (over four years) from George Soros, and it seems that the same agreement between the Holy See and the Chinese Communist regime has been financed by large annual donations from Beijing to the Vatican coffers that are in a disastrous state. The fact that the Church fell prostrate before the lockdown, suspending liturgical celebrations and closing churches all over the world, has led to considerable collateral economic damage, for which Chinese donations and the lucrative business of welcoming immigrants represent an obvious compensation.

“The United States is witnessing the highest levels and centers of cultural influence of the American Catholic Church shamelessly siding in favor of the Democratic candidate and more generally in favor of the entire apparatus that has been consolidating in recent decades within the public administration. The Deep State, Trump’s sworn enemy, is joined by a Deep Church that spares no criticisms and accusations against the incumbent President while winking indecorously with Biden and BLM, slavishly following the narration imposed by the mainstream. It matters little that Trump is openly pro-life and defends the non-negotiable principles that the Democrats have renounced – the important thing is to transform the Catholic Church into the spiritual arm of the New World Order, so as to have an imprimatur from the highest moral authority in the world, something that was impossible with Benedict XVI.

There’s a lot to unpack here.  The first show-stopper in this letter is that Archbishop Viganò implies that China paid the Vatican to make sure that every diocese in the world followed the covid-lockdown:  “The fact that the Church fell prostrate before the lockdown, suspending liturgical celebrations and closing churches all over the world, has led to considerable collateral economic damage, for which Chinese donations and the lucrative business of welcoming immigrants represent an obvious compensation.”   This is clearly in the same paragraph above where Viganò puts Soros, the Jesuits and China on the same global team together.  Viganò echos the news that the American Jesuits have received $4M from Soros.

Secondly, AB. Viganò (who used to be the Nuncio to the United States from the Vatican) remarks in the above link that more of the US hierarchy is publicly siding with Biden than with Trump, despite the latter being pro-life.  In fact, Viganò goes so far as to link Biden’s “Deep State” to his liberal Catholic roots in the “Deep Church.”  This may be connected to the fact that pro-abortion globalist Jeffrey Sachs has been a welcome guest in the Vatican many times.  He was welcomed in 2015, 2017, 2019 and 2020. 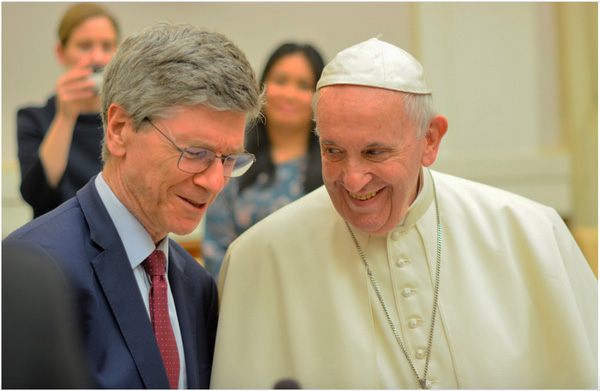 Jeffrey Sachs recently stated in the Vatican itself that the United States “became a far more significant problem with Donald Trump.”  Sachs meant that the last country standing in the way of global communism is the USA and the last linchpin to be removed by population-control globalists is Trump.  As Viganò wrote:   “It matters little that Trump is openly pro-life and defends the non-negotiable principles that the Democrats have renounced – the important thing is to transform the Catholic Church into the spiritual arm of the New World Order, so as to have an imprimatur from the highest moral authority in the world, something that was impossible with Benedict XVI.”

Now it starts to make sense why President Donald Trump has been talking about China for four years.  Now it makes sense why when Tucker Carlson asked Dr. Li-Meng Yan whether she believed the Chinese Communist Party released the virus “on purpose,” she replied, “Yes, of course, it’s intentionally.”  Now it makes sense why the Vatican has given power to the communist Political Catholic bishops of China while rejecting a meeting with US Secretary of State Mike Pompeo who recently said of the Sino-Vatican (China-Vatican) deal: “Two years [into this accord and] it’s clear that the Sino-Vatican agreement has not shielded Catholics from the [Communist] Party’s depredations.”

At the very top of this blog post (and below) is a picture of Cardinal Zen of Hong Kong.  He too was refused a meeting at the Vatican in this autumn of 2020.  Cardinal Zen now returns to China but he still wants no part with the communists.  In fact, he recently said in a crestfallen manner: “My bones shall not be placed in the cathedral, I do not want to be buried with such men. I will be buried in a simple cemetery with what remains of the faithful people of God.” 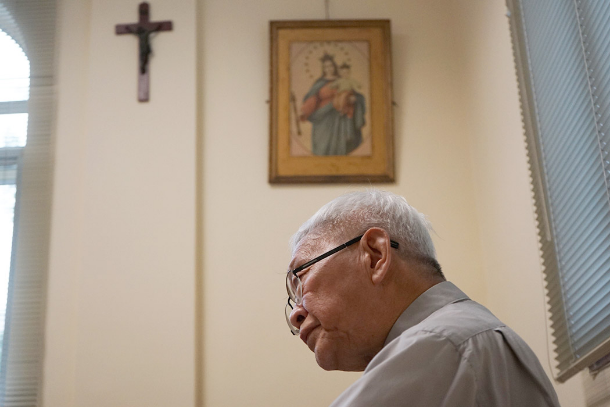 Like Herod and Pilate becoming friends on the day of Christ’s execution, the leaders of Chinese communism of the East and the population-control globalists of the West have finally joined forces against Trump in the United States and AB. Viganò  in the Catholic Church.  Is this the final battle for the Church? 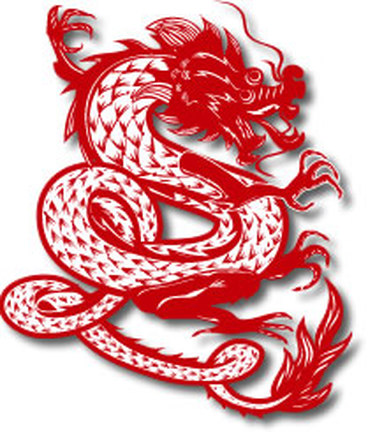 China has traditionally called herself the Red Dragon.  Perhaps this is also a sign of the final battle, that the Red Dragon goes after Our Lady and her Son in the Book of the Apocalypse: “And a great sign appeared in heaven: a woman clothed with the sun, with the moon under her feet, and on her head a crown of twelve stars. She was pregnant and was crying out in birth pains and the agony of giving birth. And another sign appeared in heaven: behold, a great red dragon, with seven heads and ten horns, and on his heads seven diadems.”—Apocalypse 12:1-3

What does Trump have to do with Mary and the Red Dragon?  For one,  he is the first American President to welcome a Rosary-toting nun at the Republican National Convention who called her Rosary her “weapon.”  He is also probably the first President in US history to host a Marian hymn publicly sung at the White House:

Of course, some Catholics might say: How sad that the last two men to fight globalism in the Deep Church and the Deep State is none other than a Vatican-rejected-Archbishop and a former-playboy thrice-married reality-TV host hotel-baron billionaire become President. 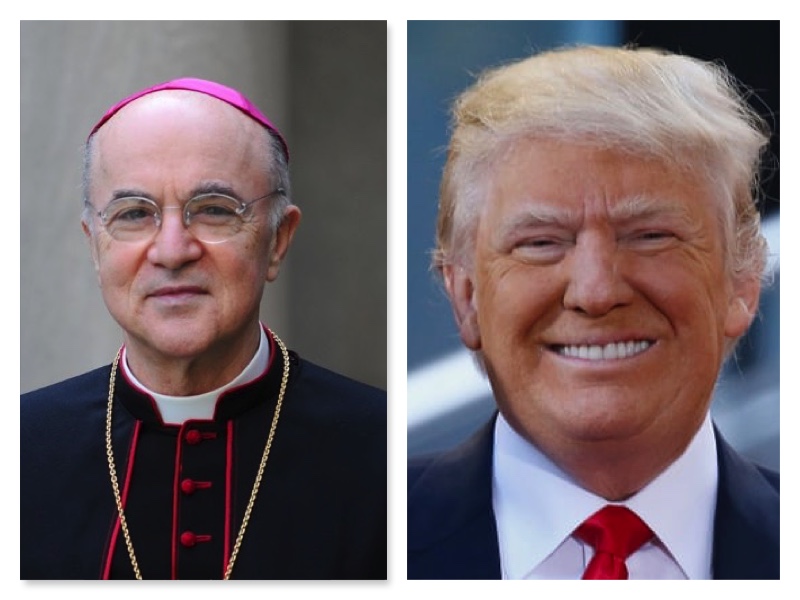 I agree.  The above two men are just weird enough to be chosen by God for the final battle, for it would not be at all unbiblical for God to again choose “what is low and despised in the world, even things that are not, to bring to nothing things that are, so that no human being might boast in the presence of God.”—1 Cor 1:28-29