Live Not By Lies Part 4

That is a a secular government statistic.  Do the math on it:  4,151 divided by 29,000,000 (the population of Texas) comes to 0.000143.  That means that 0.0014% of the population of Texas has died of coronavirus.  And that is probably the number that comes to us after over-reporting of non-covid fatalities as coronavirus.  But assuming it is true, this means that the chance of any American dying of coronavirus is now 0.0014%.    There is no reason to believe the statistics in the rest of the USA are any different.  Even the mainstream media has admitted the “curve has been flattened.”  This proves that not only is this not a pandemic.  It never was.

Or, if coronavirus is a real pandemic worthy of our panic, ask your friends who wear masks one simple question:  Did you wear masks for H1N1?  After their answer, remind them that 61,000,000 Americans had H1N1 when Obama was president.  There were no lock-downs.  There were no masks.  There was no armed check points in NYC.

I used to think all of this was to get Trump not re-elected.  And I still do.  But we’re at something even more pre-apocalyptic in all of this.  Consider the fact that the whole world is in lockdown for a heavily overblown virus.   I got an email from a young man in India today who wrote this:  “A friend of mine talked to a priest for confession but he too said that as long as the Bishop doesn’t permit, the confession won’t be valid.”  Wait.  Hold on.  Do you realize how global and insane and even satanic this overreach has become?  A young man was denied confession by a priest because his bishop wants to obey the government.  And on top of that, he was informed that even if he tried to allow the confession, it would be “invalid.” This is nothing short of episcopal positivism bowing to an international communism that took only months to establish.

The Roman Empire took centuries to conquer what these technocrats have conquered globally in months.  Just a few months.  Granted, it was years in the making of contraception and abortion that turned our brains to oatmeal (and we all deserve this) but the whole world has lost all rights.  Sensus Steve (the man who runs the enormous Catholic YouTube Channel “Sensus Fidelium” and who is infamous for his grammatical errors but famous for his accuracy otherwise) posted the following about Melbourne, Australia:

Barring his odd grammar, he is prophetic in his understanding of the fact that “You are being lied to.”  If you want to live a life without lies, you must stop believing lies for the sake of ease.  And if you think Sensus Steve is exaggerating, here are the official rules from a Melbourne radio station: 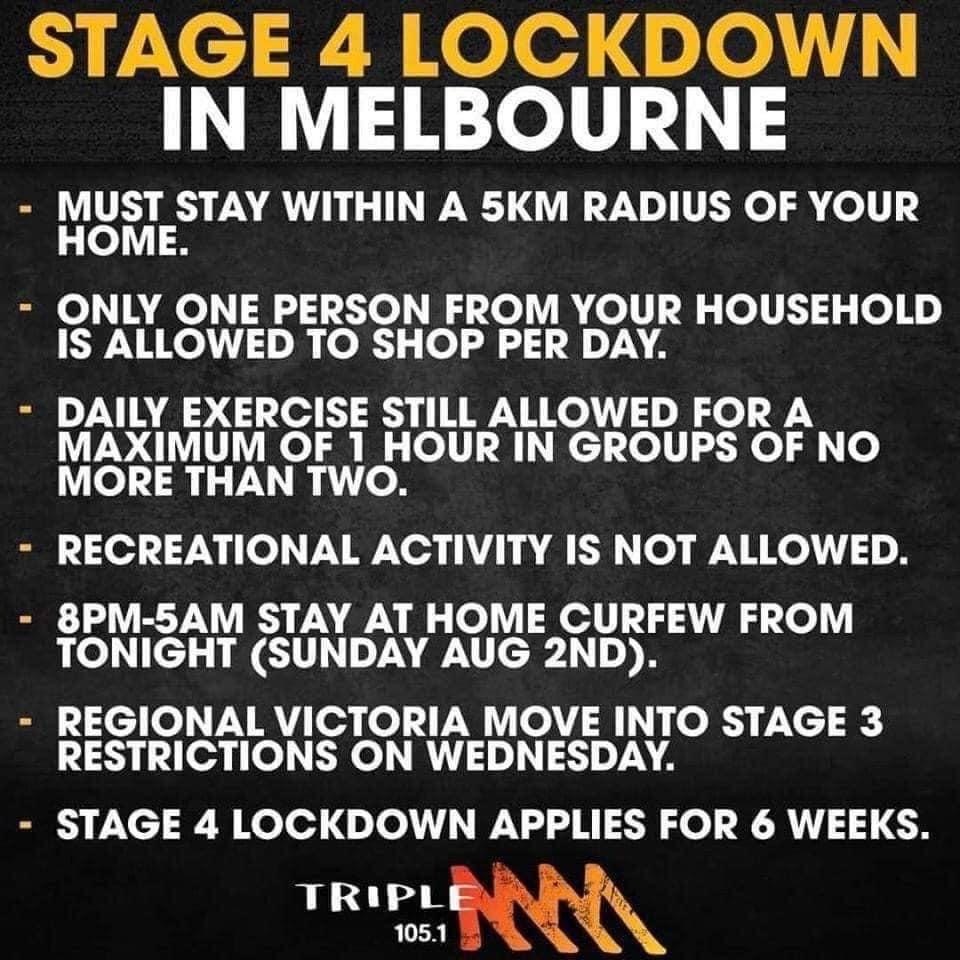 Our dystopian movie has turned into a zombie movie.  If you want to live a life without lies, you must stop meeting liars “halfway for the sake of being pastoral” and stand up for the truth.  The truth, Jesus Christ, can indeed be called upon in the rejection of false biostatistics.  And why does Christ Our Lord care about biostatistics?  Because the two competing world religions are now:  Catholicism vs. Covid-panic.

The latter is exactly what Our Lady meant when she said “Russia will spread her errors throughout the world.”  Mary did not mean the Russian government of 2017.  She meant the Russian government of 1917 (when she said that) meaning Marxism would enter the whole globe.  Have I proved to you that every continent is now under the power of liberal totalitarianism?  We are at the culmination of Fatima in two world religions:  Catholicism vs. Covid-panic.  A man can not serve two masters, even for “pastoral reasons.”