Science and Religion Part 2: The Superstition of Those Who Reject Religion

In my last blog post, I explained how important it is for science to be concerned with the object (objective truth) more than the subject (subjective truth.) Strangely, many people in the West who reject Christianity now also reject science.  They put on their cars and on their lawns a new secular creed called the “Sign of Justice.”  Let’s examine their claims from a scientific (not religious) point of view:

Sign of Justice: “Black Lives Matter.” (See picture above)
Assertion: Those who do not support “Black Lives Matter” are racists.
Historical Reality: Black Lives Matter was created by George Soros to use blacks as pawns to cause civil unrest in the United States. Proof:  Soros cares nothing for blacks as evidenced by the fact he has funded abortion centers most of which are placed in ethnic neighborhoods.  This means that the founder of “Black Lives Matter”  may have orchestrated the murder of more blacks than any single man in history.  (Follow the links above if you think this is an exaggeration.)

Sign of Justice: “No human is illegal.”
Assertion: Anyone who wants borders to be controlled is a racist.
Political Reality: Where it is true that no person can be illegal, it is certainly illegal to cross a border with the intention of breaking a law.   No country that wishes to maintain a government has ever diverted from this practice in history.  The key word here is “to maintain a government.”  Destruction of a functioning government is accomplished either by introducing criminals into a system or by doing what the Communists did in the 20th century:  Commandeering the small arms of all citizens.  This de-arming of normal citizens was the beginning of how communist governments killed over 100 million of their own citizens in the 20th century, not including abortion.  Thus, the goal of open borders and/or the rejection of the 2nd amendment is commensurate to the promotion of anarchy (scilicet:  Antifa.)

Sign of Justice: “Love is Love.”
Assertion: Gay sex and transgender surgeries is loving.
Scientific Reality: Gay “sex” is physiologically impossible and transgender surgery has led to countless suicides.  Gender fluidity is impossible because there are 37 trillion cells in the human body, each of which has either XY or XX chromosomes, none of which can be changed by human intervention.  This is basic science.   Advocates for gender fluidity say “It’s not just about what is between the legs,” and yet they change little else besides hormones and genitals in their surgeries.  Obviously, the truth is that no surgery can change 37 trillion cells of an XY male into an XX female or an XX female into an XY male. Remember that if you counted one number a second, it would take you one week to count to a million. It would take you 32 years to count to a billion. It would take you 32,000 years to count to a trillion! That means it would take you 1,184,000 years (37 trillion cells x 32,000 years of counting one number a second to a trillion) to count every cell in your body. Thus, it would take you over a million years to count every cell in your body that is completely irreversibly programmed with either an XY or XX chromosomes that make you a man or a woman. This is science, not religion.

Sign of Justice: “Women’s Right’s Are Human Rights.”
Assertion: Killing babies is the right of every mother.
Scientific reality: Babies have been seen on ultrasounds crying during abortions and swim away from instruments trying to kill them.  Killing pre-born women is the opposite of both human rights and women’s rights.

Sign of Justice: “Science is real.”
Assertion: Deniers of climate change and evolution do not believe in science.
Scientific Reality: An overwhelming amount of non-religious scientists are now denying the possibility of evolution as seen here  and here. Several climate scientists recently wrote to the UN explaining that there is no climate emergency as seen here. 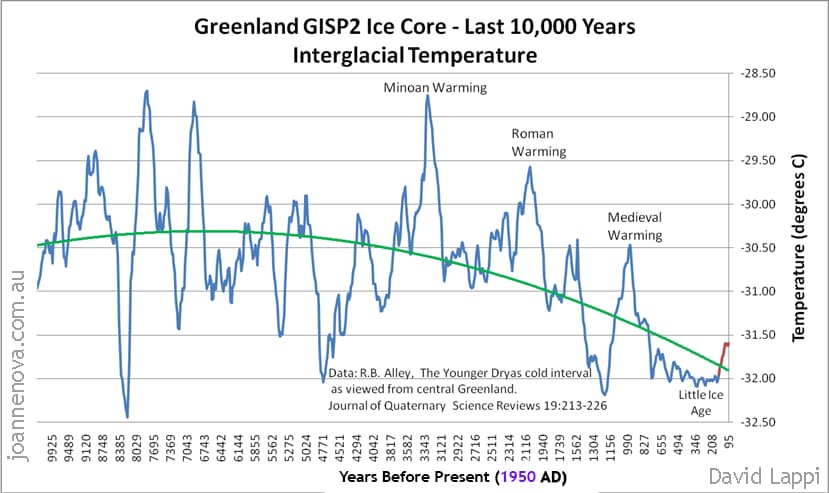 The greatest periods of climate change (including pronounced periods of warming) all took place before the industrial revolution.

A Yale non-believer named Dr. David Gelernter points out how hard it would be for a 150-element protein to become a “useful, well-shaped protein” by chance.  He writes: “The total count of possible 150-link chains, where each link is chosen separately from 20 amino acids, is 20 x 10 to the 50th power. In other words, many. 20 x 10 to the 50th power roughly equals 10 to the 195th power, and there are only 10 to the 80th power atoms in the universe.”  Thus, he concludes: “In other words: immense is so big, and tiny is so small, that neo-Darwinian evolution is—so far—a dead loss. Try to mutate your way from 150 links of gibberish to a working, useful protein and you are guaranteed to fail. Try it with ten mutations, a thousand, a million—you fail. The odds bury you. It can’t be done.”

Sign of Justice: “Water is life”
Assertion: Water is life in a poetic manner?  No idea.
Scientific Reality: Water is not life. Water contributes to life. If SJWs care so much about water and the environment, then why do they drink so much Starbucks coffee? Starbucks (who promotes abortion and gay marriage) also produces 6 billion paper cups a year, one for almost every person on the planet! That means it would take you 192 years to count every paper cup that is littered just annually by Starbucks.

It should be noted that almost all of the above errors in orange have been promoted by the Vatican’s current “Amazon Synod.”

So what is behind it all? Overpopulation-alarmist Eric Pianka writes here that “for everyone presently on this planet to enjoy the lifestyle of an average American, we would need about ten planet Earths.” In other words, over-population is the problem and we need less people. Yet, strangely, Mr. Pianka admits in the same link above that “the area of Texas is about 262,000 square miles. Dividing this figure by the current human population of 7 billion leaves each person with about 1000 square feet, a small plot the size of a big room about 33 ft x 33 ft.” So, this population-alarmist admits that the whole world’s population could be fit into Texas if everyone was given 1000 square feet to live in.

He is correct about his math! But he says that we have too many people for comfortable living.  This is honest of him, and it explains the thrust of all eugenicists who claim science as their new religion: We need less of them and more of us. Who is them? Like all eugenicists, “them” is always the poor and “us” is always the rich. Thus, all of the science of the SJWs who have the “Signs of Justice” above care primarily about promoting abortion and homosexuality. Not water. Not life. Not love.

So, what is their motivation? Why is false-science the new religion of those who claim science as their true religion? Why don’t they go for real science? Why are so many atheistic PhDs deceived into nothing more than superstition? The key word is deceived.  There is only one explanation if so many people who claim science are deceived by false science: They are deceived by something or someone smarter than them. These are demons. Sorry if that is suddenly unscientific, but when intelligent people are disproportionately unintelligent, there is often a preternatural cause.  The preternatural influence on those promoting climate emergencies are seen in this recent gathering in Europe: (caution, very disturbing):

Yes, those climate-change fanatics really look possessed.  As Jack Farmer implied on his brilliant Facebook post, climate change is a religion with a real agenda: 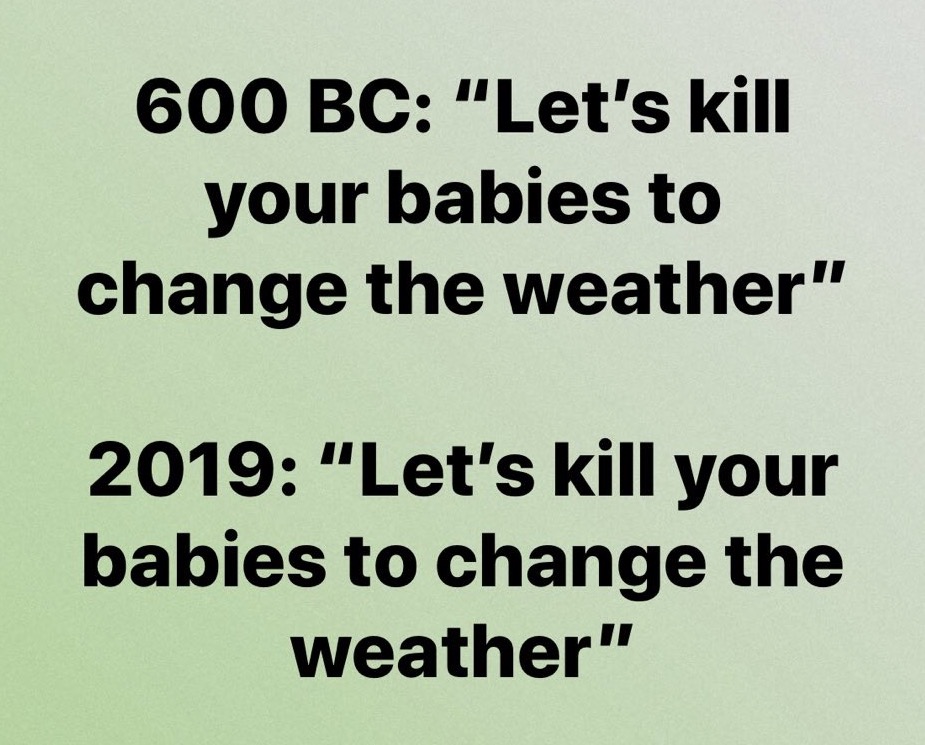