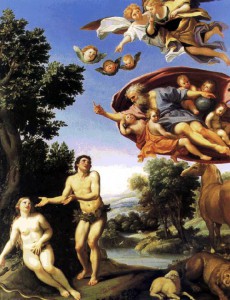 The basics of annulments can teach us a lot about the beauty of marriage.  The first thing to realize about an annulment is that it is not a Catholic divorce.  The starting point for why divorce does not exist in the Catholic Church is simple:  Jesus said: But from the beginning of creation, ‘God made them male and female. ’ ‘Therefore a man shall leave his father and mother and hold fast to his wife, and the two shall become one flesh. ’ So they are no longer two but one flesh. What therefore God has joined together, let not man separate.—Mark 10:6-9.  No man (not even a priest or bishop or the Pope) can break up what God has put together at a sacramental marriage since an unbreakable bond of love was formed at the words of the altar and at the consummation of the bed.

This means that neither adultery, nor fighting, nor “divorce,” nor even the Catholic Church can break what God has put together.   The only thing that can break the bond of marriage is the death of one of the two members.  Set me as a seal upon your heart,as a seal upon your arm, for love is strong as death.—Song of Songs 8:6. 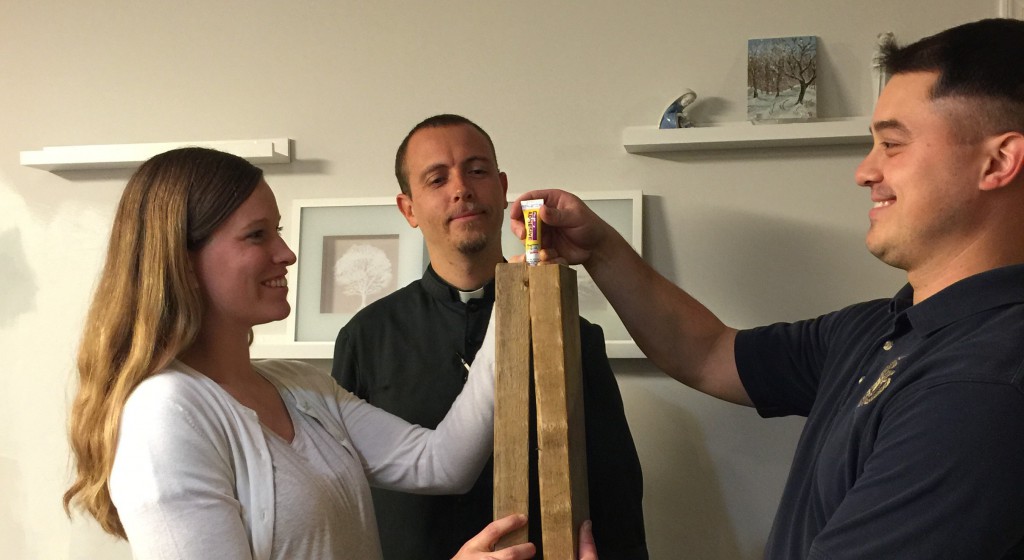 In the Catholic East and the Orthodox East, the unbreakable bond is formed by the priest: 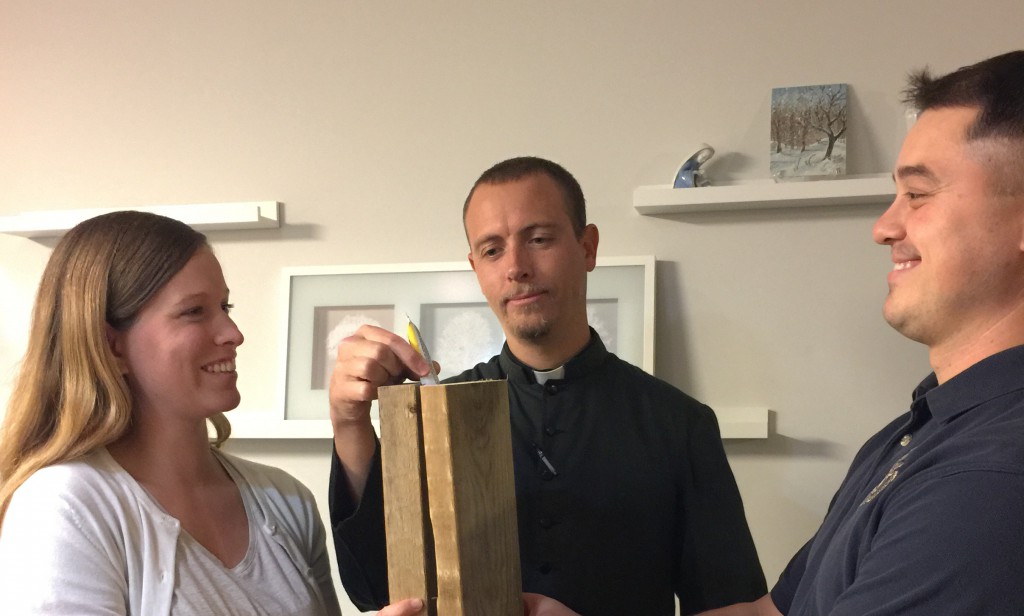 Notice that in both cases, two become one via an invisible and invincible bond.  (In real life, they’re happily married to each other and pregnant with their fourth.)  In any case, the superglue bond is a bond that is essentially not formed by the couple nor the priest, but by God Himself.  The only thing that dissolves the superglue is death, for God is the author of life and death.  That means that neither a big argument, nor a cute secretary, nor a priest of the Catholic Church can break this bond:

Essentially, in the eyes of both God and the Catholic Church, a “divorce” is a modern myth, for divorce doesn’t exist.   This is why Jesus Christ said such shocking words:  And I say to you: whoever divorces his wife, except for adultery 1   and marries another, commits adultery.”—Mt 19:7-9.

If a Catholic couple gets married without a priest (or not in a Catholic Church without prior permission from the bishop of their diocese) then this situation is called a “lack of form” in getting married.  The diocese’s ecclesiastical court is called a Tribunal.  The Tribunal will always admit that two Catholics married outside of the Catholic Church (without a dispensation from the bishop) never actually formed a sacramental bond in the first place.  Thus, they declare in about two weeks that there was a “lack of form.”   After the necessary paperwork, the couple can marry each other (convalidation ceremony) or they are free to marry someone else because there never was a marriage in the first place.  This is one type of annulment process.

But what happens when a Catholic couple got married by a priest and they are not happy with each other 5 years into marriage? 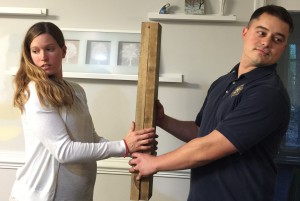 Notice that the bond still remains in this couple’s [feigned] unhappiness.  This is why it is so important to really be sure about the person you marry:  There’s no take-backs, no “prenups,” no re-dos with another potential spouse in the Catholic Church.  The only way the couple can even think about an annulment is by proving that one of them did not have the freedom of will to form a sacramental bond on the very day of their wedding.

When this happens, the Tribunal looks retrospectively (back through time) to see if they had all the ingredients of the glue (especially mental capacity) in their engagement time leading up to the wedding and on the wedding day itself: 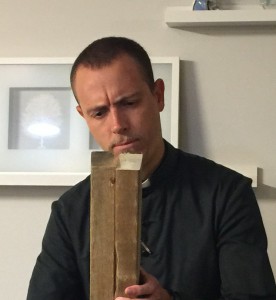 If they did not, then perhaps the bond will be retroactively declared null.  But this is only a “best guess” about the past.  This process is not an assessment of who is currently happy in their marriage.  If an unhappy Catholic Couple looks back through their common life together and honestly believes that one of them was not free to marry the other because of mental incapacity, then they can petition that the Tribunal declare their bond to be null (nothing.)  “Declaration of nullity” is more accurate than “annulment” because the Church looks back through time at that putative bond and says: “In our best guess, you didn’t have the freedom to consent to a lifetime commitment, so we don’t think there ever was a bond:” 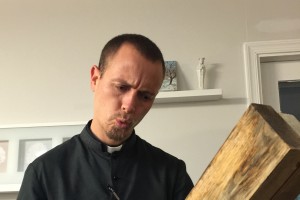 When the Tribunal’s “best guess” on an annulment is objectively wrong in God’s eyes, then we can conclude that God still views the original marital bond as real, even when the annulment paperwork has declared the opposite.   Such a declaration from a Tribunal  is not an infallible binding of the Church. 3 However, the couple can still still remarry since they were obedient to the Catholic Church that God established (provided they were honest in the paperwork.)  But the members of a tribunal will answer to God for denigrating the sacrament of marriage if they handed out annulments carelessly, literally putting asunder what God has put together.  In fact, without vigilance and prayer in Catholic Tribunals, the Eastern Orthodox would be justified in calling our Catholic annulment discipline practically the same as the Orthodox concession for divorce, even while Catholic doctrine remains theoretically untouched.

In a “declaration of nullity,” when a bond is thought to have never existed, this is often done under the title of Canon Law number 1095 which is “incapacity for consent.”  Perhaps on the day of the wedding there was an unrevealed addiction or a lack of sufficient reason.  Or, perhaps it was a lack of prudent discretion or a psychological instability.  Is anyone getting married in their right mind?  No.  (Nor ordained.  Vocations are hard.)  Thus, there had to be an extraordinary incapacity to form a marital bond (more than cold-feet at a wedding) to start the annulment process.  St. John Paul II said of the annulment proceedings that “real incapacity is to be considered only when an anomaly of a serious nature is present.”—St. JPII on 25 Feb 1987.

Canon Lawyers have a term and it is “to favor the bond.”  It means that a bond of marriage is given the benefit of the doubt.  It seems merciful not to “favor the bond” when assessing if a couple who has applied for annulment should have their bond declared null when they have “moved on” and “moved in” with a new partner of civil marriage.  The million dollar question in Rome today essentially boils down to:  Is it best for the Tribunal to issue a declaration of nullity just to legalistically get them out of the imputation of sin?

Well, the actual bond on the day of the wedding has to be honestly assessed in view of finding an extraordinary anomaly, not ordinary lack-of-due-discretion.  If not, the bond will never be favored in that diocese.  When the leanings of a Tribunal are not towards the original bond of marriage, but rather towards a legalistic avoidance of the imputation of sin for new civil bonds to be given free-license, then the opposite effect of mercy starts to take place in a diocese:  Couples begin to wonder if anyone has a real mental capability to get married.

First of all, there is a need for a new and positive appreciation of the capacity to marry belonging in principle to every human person by virtue of his or her very nature as a man or a woman. We tend in fact to risk falling into a kind of anthropological pessimism which, in the light of today’s cultural context, would consider marriage as practically impossible. Apart from the fact that this context is not uniform in the various parts of the world, genuine incapacity to consent cannot be confused with the real difficulties facing many people, especially the young, which lead them to conclude that marital union is, as a rule, inconceivable and impracticable. Rather, a reaffirmation of the innate human capacity for marriage is itself the starting point for enabling couples to discover the natural reality of marriage and its importance for salvation. Ultimately, what is at stake is the truth about marriage itself and its intrinsic juridical nature…which is an indispensable premise for the ability to understand and evaluate the capacity required to marry.—Pope Benedict XVI’s Address to the Roman Rota on 29 January 2009, 8th paragraph.

In other words, you don’t have to be St. Anne and St. Joachim to form a valid marriage bond.  Children deserve Tribunals to favor the bond.  Why?  Because the souls of children are permanent, so they need a permanent structure of love in which to grow up, even when times get hard.  4 What happens when you start to wonder if your diocese would give you a quick annulment without sufficient reason?  At the end of the day, it’s a matter of the marriage covenant in the shadow of God’s covenant.  If you know that you’re still married after a big argument—that is, if you know you’re not going to go to the Tribunal for an annulment after a big argument—then you know that God’s love must be something like that:  Unbreakable.  This is because even a broken man and broken woman’s love are capable of maintaining a dim but real reflection Christ’s unbreakable love on the cross for His bride: 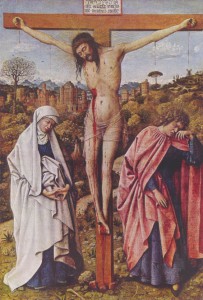 So, do you see why it’s so important who you choose to marry?  In the eyes of God, you only get one bond your whole life, one shot at getting your whole family to heaven.  Who is the person most likely to do that?  The blog ucatholic had a tremendously moving post here.

Perhaps the only practical solution to the endless annulment game is to have priests actually meet with their engaged couples.  Yes, priests may actually have to sacrifice time for their spiritual children.  My first pastor told me that I should not witness the sacramental marriage of any couple unless I had given them 5 one-hour meetings.  A good layman I knew once said that any priest who stacked up more than two annulments a year should be “tried for pastoral malpractice.” 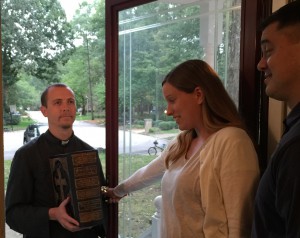 Don’t they look excited for my Bible Study on marriage?

But really, here’s the truth:  If I’m going to take seven years and six-figures of the laity’s money for my vocation (seven years in seminary, not my annual income!) then I think I can give back five short hours for the laity’s vocation.  After all, they do make the promise “til death do us part:” 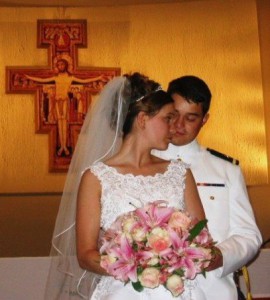