Under the Table and Dreaming 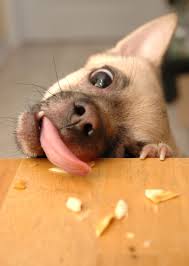 I’m biased, but I think my little sister is the best writer I know.  Before I knew what one was, she had a blog.

Talking on the phone to her last night, I started thinking a lot about Mark chapter 7:

And from there [Jesus] arose and went away to the region of Tyre and Sidon. And He entered a house, and would not have any one know it; yet He could not be hid. But immediately a woman, whose little daughter was possessed by an unclean spirit, heard of Him, and came and fell down at His feet. Now the woman was a Greek, a Syrophoenician by birth. And she begged Him to cast the demon out of her daughter. And He said to her, “Let the children first be fed, for it is not right to take the children’s bread and throw it to the dogs. ” But she answered Him, “Yes, Lord; yet even the dogs under the table eat the children’s crumbs.” And He said to her, “For this saying you may go your way; the demon has left your daughter.” And she went home, and found the child lying in bed, and the demon gone.—Mark 7:24-30

If you read my sister’s blog (and especially if you read the next section of Mark chapter 7, you’ll catch the connection.)

But back to the above account of the Greek woman and her encounter with Jesus:  Someone asked me recently about Jesus’ apparent harshness. He answers the desperate woman, “Let the children first be fed, for it is not right to take the children’s bread and throw it to the dogs.”

There’s no getting around the fact that Jesus called her a “dog.” Does He do this because of her roots in a culture opposed to pure Judaism? The Greeks tried to colonize the Jews, and some died for the faith (see 1 and 2 Maccabees.)  Other Hebrews capitulated, denying their faith and becoming some form of a hybrid pagan-Jew, hence— a dog to the pure Jews.

But Jesus is not only a Jew; He is the Son of God. He is God Himself who made this woman in His image and likeness. Isn’t it going a little far to push her away?  Isn’t this teasing too much? Is it mean? Is it good-natured inter-cultural ribbing or perhaps all-out racism?

This is my best guess at what is happening:

Jesus is reminding her that she has a lot stacked against her.  She is a woman of a bloodline of traitors and she has a daughter with a demon. A half-breed is actually interrupting a Jewish rabbi for a favor. Jesus responds in kind as he definitively names the full-breed Jews to be “children” and the half-breed Syrophoenicians to be “dogs.” Basically, He reminds her that this is an irrational request.

Jesus is setting up a hurdle to show how unreasonable is her petition…and she takes the bait. She sees the hurdle of natural opposition, and banks on the one thing left: The supernatural. Why? The only possible explanation is that she knew He was not only a great rabbi, but an all-powerful Messiah, the Christ, the Anointed One…the one we have been waiting for…the one she had been waiting for.

She recognizes that she is just a dog under the table, a dog hoping for what scraps of faith might fall from the table of the mighty Jews.  But she and Our Lord both know something else is happening here:  Jesus must painfully stretch her heart beyond natural limits to place within her family the supernatural grace He had always destined for them.  Like a good coach laying more weights on a football players bar, Christ not only tests the strength of her faith, but actually increases it through the pain of begging.

And then? Her faith immediately extinguishes the cultural firewalls—the firewalls which Jesus had a divine foreknowledge she would eradicate with her faith.  He reminds her what is reasonable, and she reminds Him that God’s power goes beyond what is reasonable…exactly what He wanted her to teach the Apostles, and anyone who would ever read the Bible until the end of the world.

Jesus jokingly shows the calculations about what can be expected from God, and she responds with a faith beyond calculations—exactly what He wanted.  Her faith blasts away the Apostles who had placed Adonai’s power in a cultural and safe little box. She teaches them the lesson they will bring with their miracles one day as they travelled to Spain, India and Ethiopia, carrying literal miracles that would speak His message: